You know, I just realised something. My blog turns three years old next year (If I make to that date, which isn’t so sure anymore, but more on that later this week) on june the 6th to be exact. And I have never held a blogging anniversary. No idea why really. Maybe it’s because I just like being happy for other people more? Yeah I know: I’m weird that way. Today it’s time to celebrate again, as someone’s blog has turned one year old. Now a while back I promoted Irina’s blogging anniversary in this way as well, and by a strange coincidence the blogger that celebrates today is also from Canada. You would almost think that there is a certain trend going on here. Anyways, I am of course talking about the wonderful, amazing, funny and totally awesome Nicole aka the Bookworm Drinketh. I already prepared her that I was going to do something like this (because well I want to avoid physical and mental trauma, both on her side and mine). So….let’s get to the celebration already!!

One of the things that I really like about Nicole’s blog…or should I say about Nicole, is her sense of humor. Everything she writes pretty much always includes something that makes me laugh out loud. Her writing focusses primarily on books, but the reviews that she writes are not only very good (you hear that Nicole, they are VERY GOOD), but it’s the humor that adds that special ingredient to the cocktail. Another feature of her blog is the Far Side Friday cartoons that always announce the weekend and never fail to make me smile. So of course, I just had to include a couple of those in this post.

Celebrating The Bookworm Drinketh’s anniversay is best done with a Nicole cocktail (Just probably not this one…..) 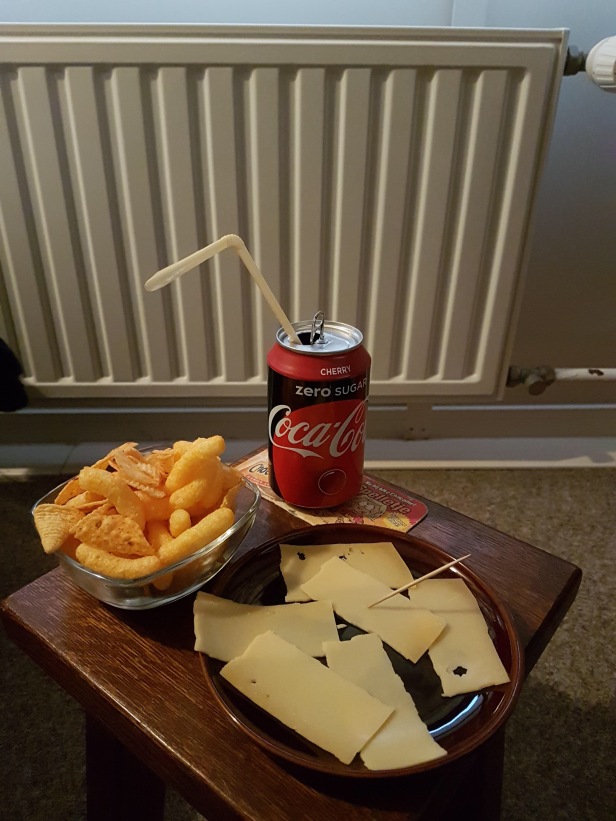 Now, no post for Nicole would be complete without at least including a drink. If you aren’t following her yet (for the love of God why aren’t you yet???!!!) she always concludes a book review with a home made drink. So it goes without saying that I have to include one here right. Sorry this one is non alcoholic (But, I guess that is just what makes this one extra funny, seeing as Nicole just loves a good drink! 🍸)

To close things of….

All good things must come to an end, but it would not be me if I wouldn’t at least go on one final speech as to why you should follow Nicole in the first place. You see Nicole is one of those persons that doesn’t like to be put in the spotlight, because she just wants to be there for other people. She always has a kind thing to say, works hard, and goes above and beyond the call of duty to promote books for writers that she loves. And she does this all for free. Best of all it once again proves that you can really gain some great friends from blogging. And you don’t always have to be living in the same country to establish some truly wonderful friendships. So let’s try and blow up Nicole’s blogging stats today. Go ahead and leave some likes, but especially some comments (she loves those) on her posts.  If you aren’t following her yet, just go ahead and press the link, and subscribe: You won’t be disappointed! Nicole: Happy Blogging Anniversary, and hopefully your blog will continue for a lot more years! Here’s to many more years of  friendship 🍻🍻

55 thoughts on “It’s a blogging anniversary…and again it’s not mine!”

Star Wars: My Point of View

A Few Thoughts on Star Wars

Modern And Retro Reviews For The Fans

Geekiness Is Our Strength