With Marvel’s big lead in the superhero movie war, it seems like DC has a nearly impossible task to catch up. Most of the attempts that DC have brought out so far have been met with resistance throughout the fan community, and have quite frankly not been as great as the Marvel movies. Last year’s Batman v Superman was to have been the movie that would begin the counterattack on Marvel. Putting two iconic superheroes against each other in a fight of epic proportions. Well, that is at least how the movie was marketed. But was the movie really as epic as everyone was led to believe?

Batman v Superman luckily does not take a lot of time to reintroduce the backstory of Batman. We see a short flashback scene, and after that we get taken straight to the action that takes us back to the events of the movie Man of Steel. While the city is being almost completely leveled by the fight between Zod and Superman, we have a desperate Bruce Wayne racing through town to get to a few employees of his. Unfortunately he is too late and a lot of people lose their lives or get injured. Looking up, Bruce sees Superman flying away, and you can see the hate flaring up in his eyes. Two years later both Superman and Batman have their own problems. The Man of Steel is trying to get by in a world that is divided, where one part sees him a saviour,and the other part as an alien menace that needs to be taken care of. Meanwhile back in Gotham, Batman can’t let go of his hatred for Superman, and begins to devise a plan to take care of him. He believes to have found one when an alien rock called Kryptonite falls into the hands of the man called Lex Luthor. But what both Superman and Batman don’t realise is that behind the scenes, Lex is pulling the strings. But it maybe too late for them both, as the war between them is about to start…..and the fate of the entire world hangs in the balance. 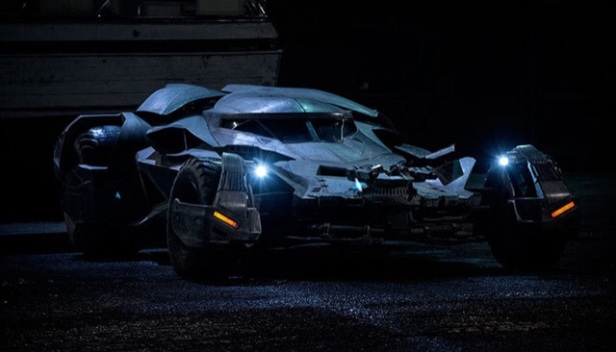 When the casting of Ben Affleck became public knowledge, pretty much everyone cried their outrage. Nobody believed him to be able to play the part of the iconic superhero. But I really have to admit that he did a fine job. Was he as good as Christian Bale? No, but quite honestly those were very tough shoes to fill. But I do think that Affleck really played the part of the Dark Knight very well. Another surprise was Gal Gadot as Wonderwoman. Even though she has a very short role, she plays it great, and leaves a lasting impression. Lastly Jesse Eisenberg as Lex Luthor was at times briljant, but also overacted in a few scenes. Reprising his role as Superman, Henry Cavill is an actor I just don’t like for this part. But that may be just me, as there are also people who think he is one of the best actors that was ever chosen to play this role.

The movie itself clearly is an attempt to establish the DC universe and serves as the beginning of the Justice League. In other words the DC version of the Avengers. There are some things in this movie that work well. There are some terrific action sequences, which are a blend of practical and special effects. The acting as mentioned above also is very good. But the movie is called Batman V Superman, and it is on this part that the movie falls short. The “fight of the century” lasts only for a few minutes, and is pretty much over before it even starts. And the way it is finally resolved was a bit hard to take. Not to give away any spoilers, but it is almost like a switch is flipped and everyone became the best of friends.

Still I did quite like this movie. It certainly has enough things in it to entertain, and delivers a fun ride throughout it’s two hour plus run. As far as the set up for Justice League goes, I do think it could have done a better job on that department. And for a movie called Batman V Superman, I think it has to be the most misleading title ever. As long as you keep an open mind, and don’t expect too much from this superhero movie, you will enjoy it enough though, to make it worth the watch.

I give Batman V Superman: Dawn of Justice a 7 out of 10 score.