It’s been quite a while since I have been in school. And saying it like that, really does make me feel old lol. Would I ever want to go back to school though? No, I don’t think I do. There were certainly some things that I liked, but the negative aspects of school for me at least outweigh the positive ones. Let’s just leave it at that. Why am I rambling about this? Well, the anime show I am about to review deals with school a lot, but in a different way than we are used to. First off though, I want to thank the wonderful D, over at D Talks Anime. They featured this incredible anime over on their blog, with terrific posts covering every episode. So, if you are not yet following this truly amazing blog, go over there and do that first. I promise you this review won’t be caught up in a zombie apocalypse or something. Wait, where did that come from? Zombie apocalypse? We were talking about school right? Well…..

School-live opens up with the young girl Yuki getting woken up at school by a cute looking dog. Yes, Yuki sleeps at school because she is part of the “School living club”. This group consists of four other members including the young teacher Megumi Sakura, whom everyone adores. Yuki loves school. Every day she happily skips down the hallways of the school, always looking forward to the classes she attends. The other members of the group all look out for Yuki, and try to protect her in any way they can. But it’s just a school right? Besides maybe some bullies, there is nothing life threatening at school right? Wrong…..it soon becomes clear that something absolutely horrible has happened to the world. Through the windows of the school we see a courtyard full of shambling corpses. The happy world Yuki seems to be living in is apparently in her mind. It is up to the rest of the girls to make sure Yuki, and they themselves will remain alive in the middle of the ever increasing threat of the walking dead…..

So this series was an amazing surprise. I can honestly say that I would have skipped over this anime numerous times if I had not know the plot for this one. When the series starts, it seems like this will be a very goofy comedy, with some lighthearted and very happy young girls. Even the opening song, although very catchy, seems to support this. But then the series presents it’s twist, and it becomes a very different but also very unique show. Yes, this is another anime that deals with zombies, but I promise you that it really does so in one of the most unusual ways that I have seen. Although this series can definitely be classified as horror, it never becomes too gruesome or gory. Amidst all the darkness, there is always the happy go lucky spirit of Yuki, who lives in her own world, and who seems to be unaware of the horror around her.

The characters for this series are a bit of a mixed bunch. Yuki, who is pretty much the centre of the show, is a girl that everyone seems to like. She is sweet, kind, and always happy. She got on my nerves fairly quickly though, especially because of her grating voice. The three other girls, besides the teacher, are all pretty strong but in their own ways also have their flaws. The girl Miki for instance is trying to come to terms with the loss of one of her closest friends, and also has trouble with trying to maintain the delusions of Yuki. For me, I never felt any real attachment to any of them, except for the teacher Megumi, who certainly became my favorite. Strangely enough even though I never felt much for any of them, you still got scared when they got in danger. It is really something I can’t describe, nor have I ever had any kind of similar experience.

The story of this anime is certainly it’s strongest selling point. It contains a lot of interesting and quite frankly jaw dropping twists, that I am ofcourse not going to spoil for you. Suffice it to say, that this is not your usual zombie apocalypse storyline, but I would almost call it a feel good horrorseries. That’s not to say that everything is good in this show. One of the later episodes in this anime I really could have done without, and was one of the show’s lowpoints. Some of the comedy in this series does at times feel forced, and even cringeworthy. But that could also just be me, since I am not a huge fan of comedy in the first place. That said though, I highly recommend this 12 episode anime. It is a really unusual series, that combines two totally different genres in a refreshing mix that really is worth your time. People who have always wanted to try out a zombieshow but always thought they were too gory, might want to have a go at this one. 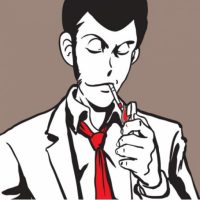 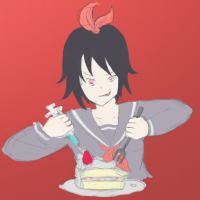