Netflix has been producing a number of television series that are based on Marvel comics. That these so far are pretty succesful, is probably not anything new. These shows, can’t really be compared to their blockbuster movie cousins however. What pretty much distinguishes them is that they are very dark, and focus more on the development of the characters. The first series Daredevil, has so far resulted in two seasons and pretty much laid the foundation for the shows that have followed afterwards. One of the more unusual series that has spun off from Daredevil is Jessica Jones. I have just completed reading the omnibus on which this pretty unique series was based on, and I found it to be an absolute delight. But, I am getting ahead of myself. Let’s first focus on the story of Jessica Jones itself.

Alias can pretty much be described as a film noir type of story. Jessica Jones used to be a superhero, but because of certain events that are explained later on in the book, she gave up on her life as a costumed crime fighter. These days she is the sole employee of her own private investigations company called Alias Investigations. She helps out people on various cases such as kidnappings, but also the more mundane ones such as infidelity. Jessica herself has pretty much hit rockbottom. She is a heavy drinker, and uses men purely as a distraction. Not before long however, her past catches up to her, and a few cases she takes on, might be too much for her to handle…with or without superpowers.

Alias is part of the MAX comic book line, and as such is intended for a mature audience. Which is pretty much true, as the number of F-bombs in this graphic novel are astounding. Don’t be fooled though. This is a truly highly intelligent comic book, and the story is absolutely breathtaking. Already a fan of the television series of Jessica Jones, this book delves much deeper into the heart of this great character. And it is, at least not in the beginning, a very pretty heart. When you first meet her in the story, she is not someone you really like. Nevertheless, as the story progresses, you get where she is coming from, and why her personality has changed so much. Unlike the television series, a few popular superheroes make guest appearances in the book, such as Captain America and Spiderwoman. This is not a superhero book though. As I mentioned in the beginning, this really feels like a classic film noir, and as such is totally different than anything I have read from Marvel. I guess that is why I loved it so much. The art in the book also is not typical, but does simply feel right for this comic.

If you are looking for something different than your normal superpowered comic books, I highly recommend reading this fantastic graphic novel. I dare you not to get sucked into it’s clever storytelling. Before you know it, the hours will have past, and you might realise the day is almost over. And things like that are only reserved for the very best books. 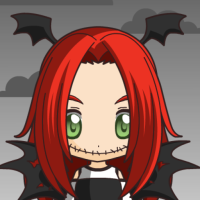